Showing posts from April, 2013
Show all 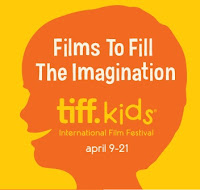 Sunday April 21, 2013 I was hoping to blog about the TIFF Kids International Film Festival as it happened, but since the 2013 festival is in its final few hours as I write this, some post-festival wrap-up will have to suffice. The Feature Films During this year's festival, I managed to see seven of the feature films, and I enjoyed every one of them. They were all international productions and so will likely be hard to find again here in Canada, but if you do get the chance I would recommend any of them. I'll do write-ups on at least a few of them individually, but in the meantime here's a quick list, in the order of TIFF's recommended ages: Ages 6-8 Casper and Emma - Best Friends (Norway, 2012) || IMDB || YouTube Ages 8-10 Ernest and Celestine (France/Belgium/Luxembourg, 2011) || IMDB || YouTube Ages 8-12 The Diary of Summer (China, 2010) || YouTube Stepping on the Flying Grass (Indonesia, 2011) || IMDB || YouTube Ages 9-13 Eskil & Tr
Post a Comment
Keep reading » 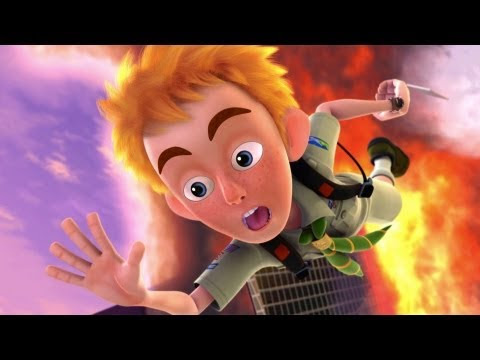 Monday April 15, 2013 I don't have time for a full post tonight, but I just wanted to let everyone know that I spent most of Sunday and Monday watching films at the TIFF Kids International Film Festival here in Toronto, and it's been fantastic! The festival continues until Sunday April 21, with the weekdays focused on school groups and the weekends for families (although public tickets are also available for many of the weekday screenings). If you're in the Toronto area and have kids aged 3-13 (or are just an adult with a particular interest in children's entertainment, like yours truly) and you HAVEN'T checked out the festival line-up, I highly recommend heading over to tiff.net/tiffkids to see what's on offer. I will post more about the films I've seen as soon as I can, but in the meantime, here's the TIFF Kids 2013 trailer to whet your appetite (you can also check out the many related videos, including individual movie trailers, on the TIFF
Post a Comment
Keep reading »

Sunday, April 14, 2013
Sunday April 14, 2013 While I like the idea of crowd-funding creative projects, I must confess that until today I'd never contributed to any of them. But there's just something I find irresistible about this kids' show built on imagination and cardboard...   So irresistible, in fact, that I contributed enough to eventually get myself an Adventure Sandwich shirt. :) Unfortunately as I write this there's only a few hours left in their Kickstarter campaign , so very soon it will be too late to contribute that way. But if you find the video pitch as charming as I did, they have a website as well ( adventuresandwich.com ), where I'm sure you can keep tabs on the show's progress and hear about any future opportunities to support these wonderfully silly people.
Post a Comment
Keep reading »

Delightful Drama at the ROM 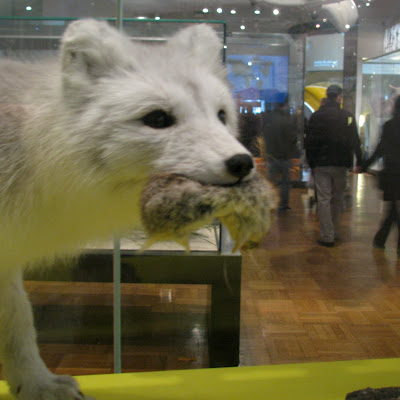 Monday April 1, 2013 Recently Jorge Garcia (who played Hurley on Lost and Dr. Soto on Alcatraz ) posted a series of photos on his blog, Further Dispatches , about his trip to the American Museum of Natural History. One thing he noted was that the " dioramas have a flair for the dramatic ", and offered photos of moose vs. moose, lynx vs. rabbit, sharks vs. turtle, squid vs. whale, and hyenas vs. ridiculously oblivious early man. I think it was because of his photos that when Steve and I were in the Natural History galleries at the Royal Ontario Museum this past weekend, I found myself more and more aware of some of the dramatic and amusing scenes that were playing out... In a completely believable scenario, this Arctic fox is happily carrying off an unlucky Nearctic collared lemming. Totally natural. Nearby, the polar bear is a little blasé about the seal at his feet, but since it's already been beheaded yet still seems to be staring up at him lovingly,
Post a Comment
Keep reading »
More posts