Showing posts from November, 2014
Show all

"The Shrove Tuesday Speech" at the International Pancake Film Festival 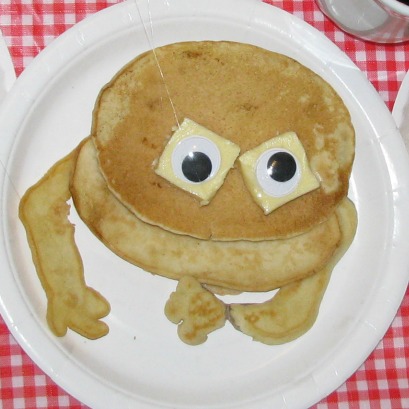 Tuesday Nov 04, 2014 Oh, you read that right. The International Pancake Film Festival. I've written several times about my love of puppets , and have mentioned my love of lazy mornings . Those lazy mornings usually involve Steve making us crepes or cinnamon buns or yes, very large stacks of pancakes. So when I learned that not only was there was an annual film festival in Massachusetts that was dedicated to all things pancake but that this year, said film festival was particularly seeking animation or puppetry films, well... things happened. Meet the star of "The Shrove Tuesday Speech", a simple Shakespeare-inspired video which will premiere at the 6th annual International Pancake Film Festival screening on Thursday November 13, 2014 at the The Brattle Theatre in Cambridge, Massachusetts. Unfortunately I don't have the travel budget to pop over to Cambridge, and thus will have to miss my own film festival debut. But if you're in the area you sho
Post a Comment
Keep reading »
More posts