Showing posts from January, 2013
Show all

Or We Could Call it Bonus Day 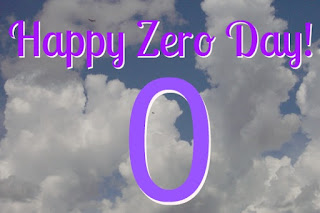 Tuesday January 1, 2013 I have a vague childhood memory of hearing some guy on a radio talk show explaining that if we used 364 days instead of 365, a year could be split up nice and evenly into months with an equal number of days. After searching online for alternative calendars, it seems likely he was talking about the International Fixed Calendar , which calls for 13 months of 28 days each. But I think the guy I was listening to was putting his own modern slant on the argument, which is why I remember him at all.   According to Wikipedia, the International Fixed Calendar calls for the 365th day to come at the end of the year and fall outside of any month. This is the part of the idea that I remember, except Wikipedia says it's often referred to as "Year Day". What I remember is the notion that this extra day essentially fall on the first day of the new year, and be called "Zero Day". Everybody could go out and celebrate like crazy on New Year's Ev
Post a Comment
Keep reading »
More posts